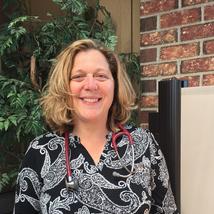 Providers request a complimentary appointment to see how easy this really is!
Providers Sign up HERE

Why I started TELEMEDICINE

I received my MD at Tufts University in Boston, Massachusetts in 1995 and completed my family medicine training in Bangor, Maine in 1998 all while using EMR's in residency. This was the start of designing and programming systems. I am in an innovator in technology when it comes to medicine and I was the first medical practice in Central Oregon in 2002 to have the first fully integrated EMR. Over the years this led to my Clinical Informatics Board eligibility and enrollment for a master's at OHSU in Biomedical Informatics. Given my busy schedule as a Solo practitioner and Masters student, I needed to develop systems that allow me to pursue both passions. In 2012, I started to use Telemedicine with my patients at Family Care Center in Redmond Oregon. I have spent YEARS on testing system design and has  thrown out many systems, some due to the cost and other due to the poor interface design and some plain just did not work. After years of testing I am finally able to release my platform for FREE to physicians to start to use Telemedicine in their practice.

Physicians it is time to get paid for the work you do. Stop making phone calls and treating patients for FREE. Allow patients the convenience of Telemedicine. To make this happen both parties ONLY need  either a cell phone, computer or tablet with a camera. Physicians with one step text  or email the patient a link from the Secure Video software using their chosen device system. The patient with one click are in the waiting room ready for a face to face payable consult.  REALLY IT IS THAT SIMPLE.

The recent legislation of Parity Laws in Oregon mandates reimbursement  of Virtual Telemedicine visits with the same compensation as live visits, using a GT modifier on a regular office visit. I have concrete evidence from Medicare, Medicaid and most major insurance companies in terms of paid EOB's.

I have studied  Human Factors and Interface design and have several years training including the following: